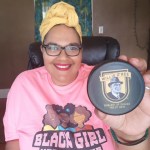 The Black Girl Hockey Club (BGHC) was founded in 2018 by R. Renee Hess to create a community space for Black women in hockey. Renee is the Associate Director of Service Learning at La Sierra University, where she earned a Master’s in Literature. She acts as the Executive Director and works with various BGHC committees, hosts webinar and panel events while networking with various hockey entities on anti-racism initiatives. Renee proudly advocates for Black women in hockey through education, representation, and community building.  Her favorite team is the Pittsburgh Penguins and she has at least one hockey-related tattoo. In Renee’s “spare time,” she is a freelance writer and adjunct professor. 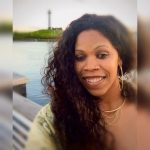 Tunisha Singleton, Ph.D. is a Media Psychologist and emerging media, marketing and digital communications consultant. In addition to business consulting and serving Fielding Graduate University’s Department of Psychology as Adjunct Faculty, Dr. Singleton has turned her attention to tackling her passion in sports, working to boost fan engagement, build community relationships, and plant engaging touch points to fasten a supportive relationship between sports and society. Dr. Singleton is the Interim Chairperson of the BGHC Board of Directors, chairs the Leadership Development Committee, sits on a number of other BGHC committees, and aspires to work with more organizations on projects surrounding sports and society, mental health, multiculturalism, and race/gender/LGBTQ empowerment. 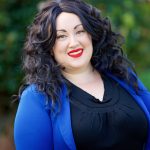 DeAnne has a Master of Arts in Curriculum and Instruction from La Sierra University, and works as an Administrative Assistant in the School of Education and a Contract Teacher at her Alma Mater. In her free time, DeAnne volunteers as a Music Director at Gardena Genesis Community Church and she sings in a touring band called “Sweet Mischief”. DeAnne is the Treasurer of Black Girl Hockey Club Board of Directors and sits on several committees within that organization. DeAnne fights for equality, civil rights, and prison reform. DeAnne is honored to be a part of BGHC organization and is looking forward to the education, reform, and the fun BGHC brings to the community and the sport of hockey. 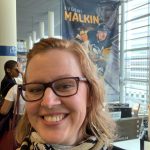 Rochelle is an avid Pittsburgh Penguins fan but is still good friends with her hometown team, the Kings. She discovered BGHC through friends and so far the best hockey related experiences have all involved BGHC and the wonderful community that is being built. Rochelle sits on the BGHC Board of Directors Financial and Executive Committees and facilitates administrative work while outwardly amplifying the Black Girl Hockey Club mission and advocating for their voices in the community. 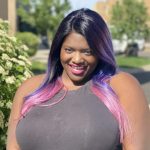 Ayodele Odubela has been a hockey fan for over a decade. Studying in Pittsburgh helped her fall in love with the Pittsburgh Penguins. She is a Data Scientist and dog lover who is passionate about seeing the spark new hockey fans experience. Ayodele sits on the Black Girl Hockey Club Board of Directors and works tirelessly to make sure that hockey is sustainable and available in the Black community. 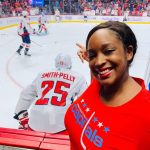 Irrational DC sports fan living in NYC, whose favorite team is the Washington Capitals, Fatou is an events maven, world traveler, semi-decent plant mom, and the President of Tom Wilson’s fan club. Fatou chairs the Fundraising Committee and works with BGHC to document initiatives and share them with our followers on social media. She has served with BGHC and organizations such as the Hetrick Martin Institute in NYC and Miller Elementary in Pittsburgh and attended a record number of BGHC hockey games. 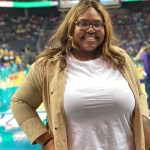 Kaila Snipes, Social Media Manager
Kaila is an avid Canes fan and has been a hockey fan for about 4 years. When she is not studying to complete her bachelor’s degree at UNC-Charlotte, she can be found learning and watching sports or traveling. She currently serves as our Social Media Manager. 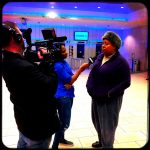 Corinne is a Washington DC resident and avid Caps fan who is always up to travel for hockey-related purposes. She has two twin daughters who were raised to be Philly Flyers fans, and her husband, Bill Douglas, runs the Color of Hockey blog. Corinne works closely with BGHC Executive Director and is a member of the BGHC Financial Committee. Currently, Corinne represents BGHC on the Washington Capitals Black Hockey Committee.

Jordan is a self-taught artist whose range of work includes canvas paintings, digital prints, avatar, logo, tattoo, screen printing, sticker, and clothing designs. Jordan’s artwork is featured, across several social media platforms, websites, and organizations, including BGHC. Jordan loves watching, participating in, and coaching sports, as well as learning about sports history, statistics, and player activism. You can find her Redbubble shop here and her original BGHC artwork on our Threadless page.