Why We Need the Black Girl Hockey Club 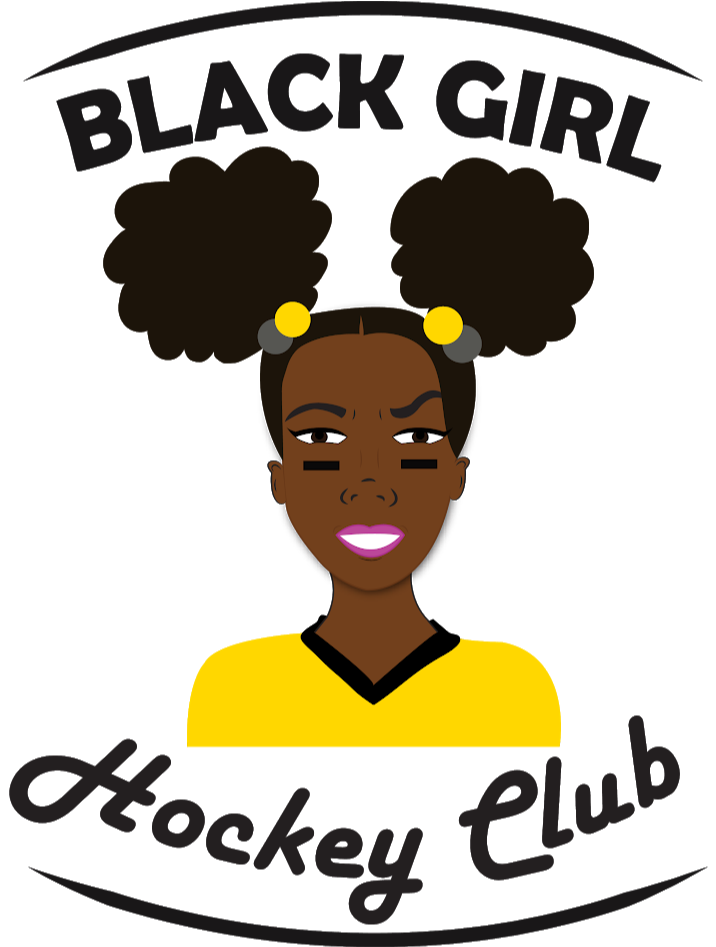 When I think of what the Black Girl Hockey Club has morphed into in the last year, I’m pleasantly surprise by a couple of things. First of all, the reception by the National Hockey League. Last September, when I sat down in a Starbucks off a Los Angeles highway with Jessica Berman, VP of Community Development, Culture & Growth and creator of the Hockey Is For Everyone program at the NHL, I never thought our conversation about women, race and hockey would lead to a full-fledged support system within the NHL. With the help of Jessica Berman, Kim Davis and the Hockey Is For Everyone team, BGHC has been able to work closely with various clubs across the country to bring hockey to the Black community. At our inaugural meetup in December of 2018, the Black Girl Hockey Club got together to see a Washington Capitals game in DC, current Stanley Cup champions and the only professional hockey team with two Black players and two Black minority owners. We accepted an invitation to participate in various activities organized by the NHL and Capitals organization, starting with a VIP tour of the Smithsonian National Museum of African American History and Culture and ending with a private reception hosted by Earl Stafford and a chance to meet Capitals players Devante Smith-Pelly, Madison Bowey, Brooks Orpik, Nick Dowd and Braden Holtby. We even had Kelsey Koelzer, professional hockey player for the Metro Riveters and one of three Black women playing in the NWHL, come hang out.

With the exposure the BGHC received in DC, a number of clubs have reached out to invite us to visit their arenas and spread the good word of hockey throughout their local communities. Currently, the BGHC has three meetups planned for the month of February. We will be represented at the New York Rangers game on February 2 and help kick off Black History month with the NHL and the Legacy Tour; a mobile museum highlighting Black folks’ accomplishments in hockey.

The Black Girl Hockey Club has also been invited by the New York Islanders to participate in their Hockey Is For Everyone game on February 16th. The Islanders will include, not only the BGHC, but organizations like the Islanders Girls League, the Long Island Blues and the Long Island Roughriders, all hockey programs for marginalized communities in the local area. It’s an honor to be included in these events and such an invitation encourages me as we move toward our big event of Black History Month, a trip to Nashville on February 9-10th.

In only a few days, 27 Black women and their families will attend a double header; a Nashville Predators versus St. Louis Blues game and the 2019 NWHL All Star Game. When I heard of the opportunity to get involved, I jumped at the chance to expand the purview of the BGHC to include women’s hockey. The NWHL’s three Black players–Blake Bolden, Kelsey Koelzer and Kaliya Johnson–are all friends of the Black Girl Hockey Club and have been involved in the project since day one. With their encouraging words and support, the BGHC has been able to thrive and I wanted to make sure we show their organization the same love that they have showed us, because that is what a community is all about.

Honestly, when I started the Black Girl Hockey Club, it was because I wanted to cultivate a community for myself and other Black girl hockey fans. I didn’t expect so many people to find the BGHC and not only show their support, but a need for such a space. Founding the Black Girl Hockey Club has made me realize that in order to move forward, hockey must hear and listen to the voices of Black women. We are the pillars of our community and have the ability and desire to grow the game, if the NHL and its fans give us a chance. My vision for the Black Girl Hockey Club is to help make this happen in our local communities by continuing our work with the National Hockey League, specifically with the Hockey Is For Everyone Program. I want to help get Black kids interested in hockey so that they can gain the valuable lessons learned from a sport that encourages perseverance, resilience and collaboration. I want Black hockey moms to have access to a network of women they can turn to in times of need. I want our allies to stand by us and for us when racism, homophobia and misogyny rear their ugly heads. I want to feel comfortable and safe enjoying a sport that I love.

Since the inception of the Black Girl Hockey Club, I have heard from so many Black women expressing joy at having found a safe space online to talk about hockey and a hope that they will soon be able to get together at a live game for an experience that some have never had before. For a Black woman to enter into any predominantly white space, is to immediately feel isolation and “Otherness”. It can even feel scary. Try something next time you’re at a live game–it’s something most POC hockey fans have done at one time or another. Look around you and count the faces of Black women. Not women who work at the arena, but fans. The last hockey game I was at, I saw three Black women besides myself. Three. For people of color, the outsider status that comes with becoming involved with a predominantly white institution can be intimidating and overwhelming. The mission of the Black Girl Hockey Club is to develop and sustain passion for the game of hockey within the Black community, specifically with our mothers, sisters, daughters and friends. The goal is to create a positive atmosphere for Black girl hockey fans, whether it be online, on the ice or in the stands. Representation matters. It is important to see a face like Kelsey Koelzer or PK Subban on the ice or a group like the Black Girl Hockey Club in the stands. That inclusivity allows me and others who look like me to feel seen, heard and accepted in the world of hockey. The Black Girl Hockey Club is meant to illicit hope for the future of hockey within the Black community. Black folks can do whatever we put our minds to. Why not hockey?