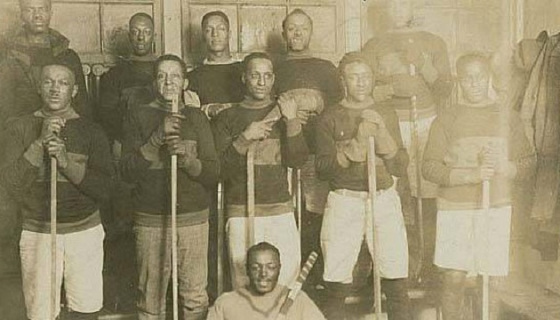 Did you know Black folks have been playing hockey since the 1800s? The Maritime Colored Hockey League was founded in Nova Scotia in 1894 and had teams with names like The Eureka and Jubilee. George and Darril Fosty wrote a book about the league, Black Ice: The Lost History of the Colored Hockey League of the Maritimes, 1895-1925 that holds a wealth of knowledge on the subject. You can also find Kwame Mason, director of the “Soul on Ice” documentary and friend of the blog, talking about the subject below. The Black league created the slapshot y’all! We also innovated the goalie style of the NHL, so there’s some Black Boy Joy for you.