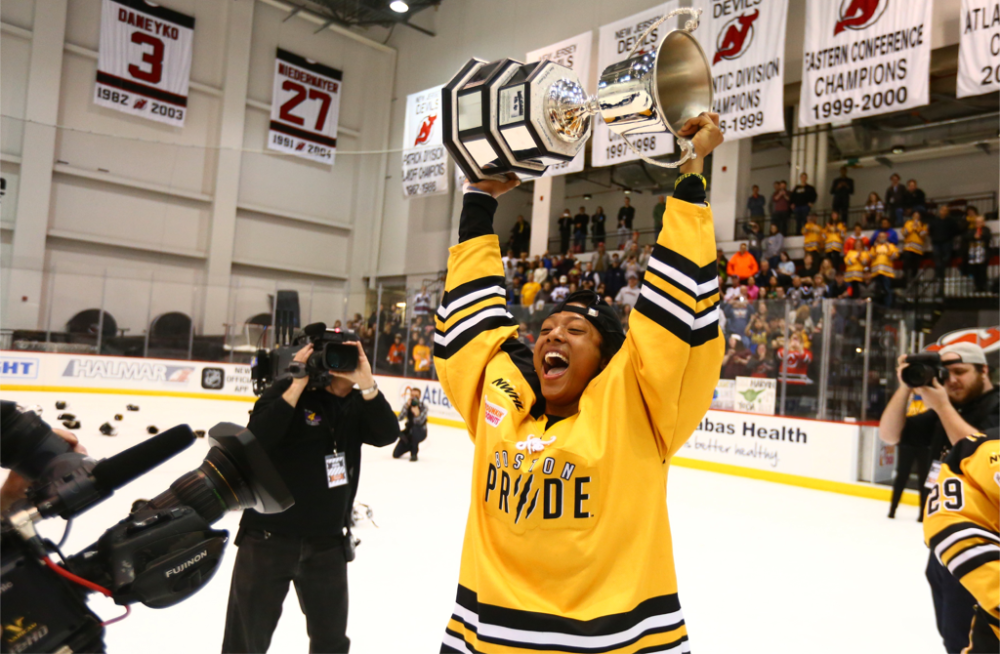 I recently had the opportunity to sit down and chat with Blake Bolden while I was in San Diego for Comic Con. If you aren’t sure who Blake Bolden is, take a minute, click a link, and read up. This is the very first African-American woman to play professional hockey, folks.

Earlier this year, I interviewed Blake about her hockey career and she offered to show me around when I came to town in July. After careful deliberation that included typing and deleting numerous emails, I finally sent one. Letting her know when I would be in town, I asked Blake (real smooth-like) if she wanted to grab a cup of coffee on a Saturday morning in late July. When we met up, she brought her adorable pooch, a humungous 4 year old labradoodle named Nala, and I brought my 15 year-old dog loving daughter. The two quickly left us to our devices, and we got down to the Very Important Black Girl Business.

The last time I spoke with Blake, we spent two hours talking about hockey, so I really wanted this conversation to remain organic and light. We spoke about how to take care of natural hair–I text her a picture of my favorite curl set gel–and she talked of her experiences with urban gardening. Later that day, Blake shared a picture on Twitter that she had shown me at the cafe. Her prize watermelon that she didn’t realize would come out yellow!

As we parted ways, Blake encouraged me to continue writing and to think about starting a vegetable garden. I am definitely going to do at least one of those things.

3 thoughts on “Gardening With Blake Bolden”