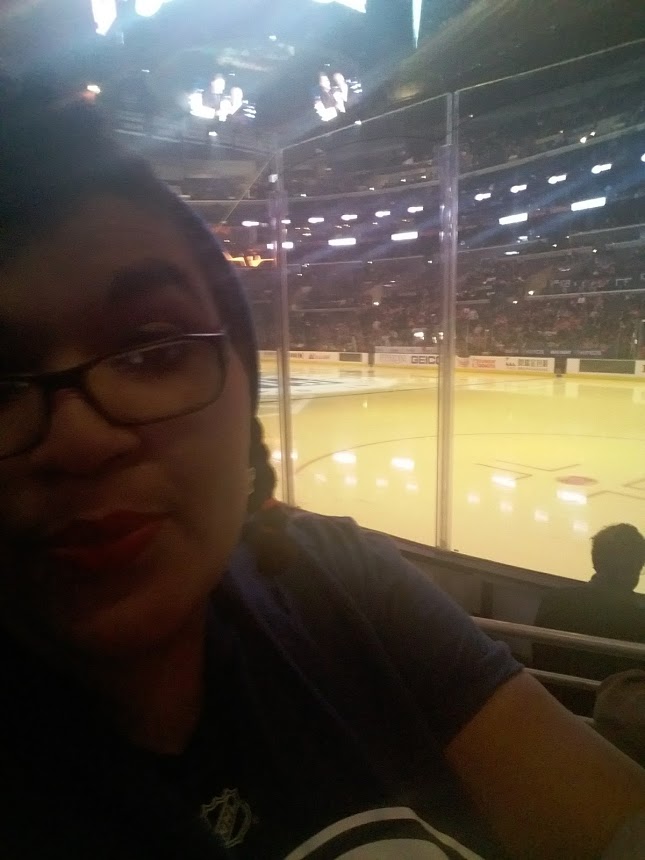 A year ago, I had an idea to put together a group of Black women hockey fans. Unfortunately, it took me a while to find any. Hockey is such an amazing sport, and yet as a Black girl hockey fan, it took me years to even find others like me. There’s something to be said for having role models and folks to look up to who look like us. Casual hockey fans might not even realize that there is an part of the fanbase who are Black and female, but we out here, and it’s time to be seen.

This is a safe space for Black women to come together to talk about hockey culture and all the struggles, joys and concerns that come along with it. I’m doing this for me–because I want to meet you, melanin mama, I can always use more friends. I’m also doing this for you, Black girl unicorn, because if you’re anything like me, hockey culture can feel unwelcoming, not only as a woman, but especially because you’re black.

This is also a safe space for those who are fans of Black girls and of hockey, as well. We aren’t excluding you, don’t get it twisted! You are welcome to join in as we squee about hockey.